Learn about us
Why Cayuse

We act with high ethical standards to foster trust regardless of the situation.

We proactively recruit, engage, and retain diverse and empowered teams. We eliminate discrimination and intolerance so everyone feels their presence and contributions are valued. We ensure that everyone has equal access to opportunities at Cayuse.

In 2021, Cayuse merged with Haplo, the UK’s leading research information management solution, to help further the mission to connect the global research ecosystem and better serve researchers worldwide. The merger allowed Haplo to scale its operations and bring its innovative products to international markets, strengthening both organisations’ research ecosystems and capabilities.

Today, that spirit of discovery – recognising a gap and then driving to find a solution – is the essence of Cayuse. It’s what drives us to empower organisations to conduct life-changing research that benefits everyone – it’s why we have given our all to building the Cayuse Connected Research Enterprise powered by the Cayuse Platform. 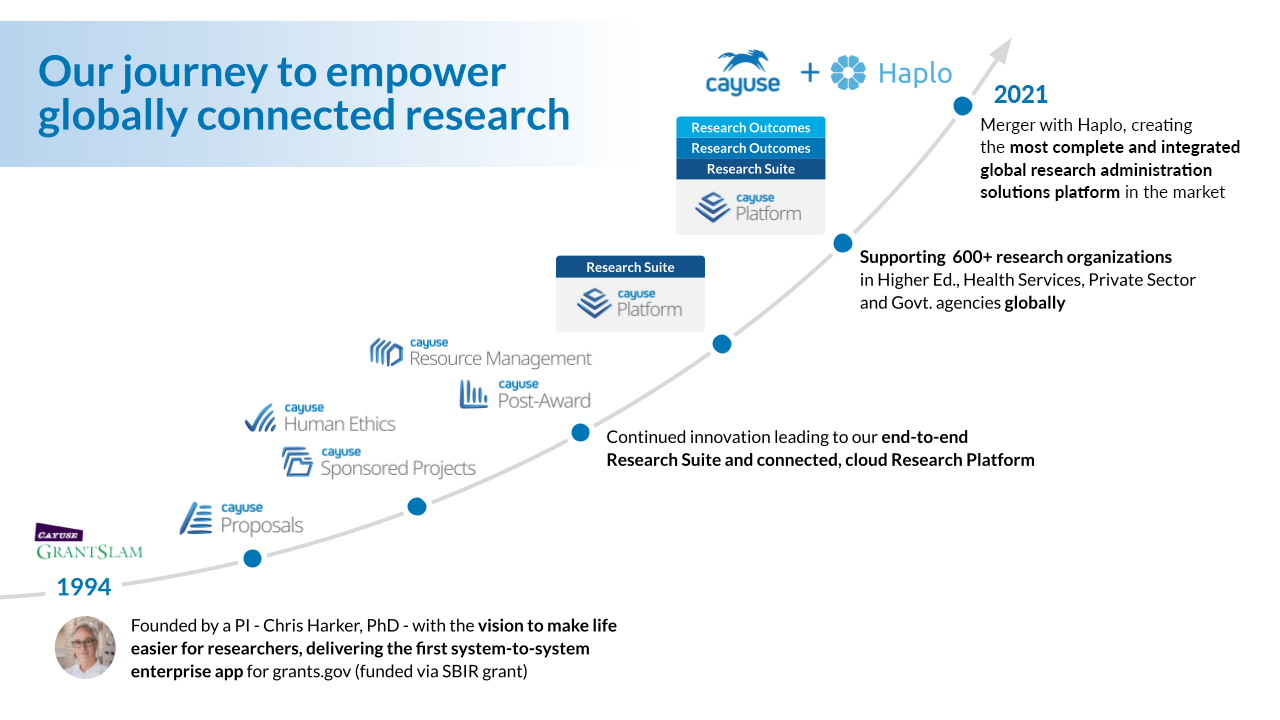 The story behind our name and logo

Our name and logo were inspired by the song, “Don’t Fence Me In” written by Cole Porter, who wrote about the desire to roam “the wide open country” on his Cayuse pony, seeking discovery and independence.

The Cayuse pony mentioned in this song is named after the Cayuse people, which is a Native American tribe in the Pacific Northwest. The Cayuse Native Americans resided in the Columbia Basin in the Pacific Northwest and called themselves the Tetawken, which means “we people.” Cayuse is derived from the French word “Cailloux,” or “Rock People,” which is what French-Canadian trappers and fur traders called the tribe due to the rocky environment where they lived in northeast Oregon. Today, the Cayuse tribe is part of the Confederated Tribes of the Umatilla which includes the Cayuse, Umatilla, and Walla Walla tribes. Cayuse is also the name of an unincorporated town on the Confederated Tribes of the Umatilla Indian Reservation. Cayuse, LLC is not affiliated with the tribe.

How to find us